One of the best known gospel musicians in Uganda, Jackie Senyonjo is a Pastor’s wife and mother of three, a songwriter, and choir director. Jackie was raised in a protestant family with four siblings, second of the four she grew up in a small town in Entebbe but got her education from Kampala the capital of Uganda. She got to know the Lord on one of her visits in western Uganda in Bukinda village Kabale town. Jackie started singing at a teenage age in school scripture unions but later in 1999 joined Kansanga miracle centre church choir, where she developed her music talent. The choir gained prominence both among Christian and secular circles because of their new trend of choir music ever to be showcased by a young energetic cohort. The group became so popular among who was JackieTr that one time they were named choir of the year and invited to sing at the KING’s wedding, Kabaka Ronald MuwendaMutebi. At the helm of this success and popularity were young boys and girls one of whom was Jackie Tumwebaze who later became Senyonjo after getting married to Pastor Godfrey Senyonjo. Jackie and her two friends started a gal group called EXTANOL and produced a hit single Gyogenda (Everywhere you go) eventually they split but Jackie remained on course for her desire to become an established Gospel Artist. In 2008, she launched out as a solo artist and her music hit radio stations across the country. She was a new breed of a gospel musician. The gospel music industry in Uganda has for long been sacred and limited to the four walls of the church. It has now gained resounding popularity among secular stations. Jackie’s music comes with all range of styles ranging from reggae, afrobeat, zouk, and R&B. In all these genres, her lyrics are wealthy with a message of hope in God sandwiched with entertainment that makes a listener desire for more. Since 2008 Jackie has produced two albums and videos Nandibadewa (where would I be psalms124) and Ndoperagwe( I report to the Lord) her name slowly became a household name in Uganda. Besides being a sought after musician in Uganda even in countries like Nigeria, Kenya, Rwanda, South Africa, Denmark and Sweden where she has travelled. Being in all these countries, her music has been shaped to apply to the diverse cultures that Love to worship God with her. She has shared a stage with renowned gospel artists like KEKE from South Africa and AITY from Nigeria. To some artists, popularity means pomp and power, but with Jackie this is nothing compared to the desire she has to reaching out for Christ with her music. She is humble, caring and sociable. You just feel warm being around her, very humorous. Most of her music is true life things she has gone through growing up from a broken family but Jesus put all the pieces together again. 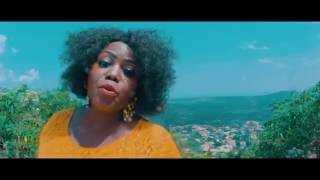 Jackie Senyonjo presents to you the live worship experience which will take place on 1st 0ct 2016 at MTN ARENA LUGOGO INDOOR STADIUM she will feature ...
Read More