Phila original names Kaweesa Philip is a ugandan gospel reggae/ ragga artist. and a son to pastor stephen kaweesa and mama sarah kaweesa in a family of seven siblings and many adopted bredrins and sistrens. Phila started his music career from his early child hood as mama was a sunday school teacher who taught little ones how to worship and praise de prince of peace in songs. hoever at the time he used not to participate but watched his big sister racheal lead songs in sunday school which later affected philaz life style as years went by. hoever when he got into high school, ndejje secondary school. he was influenced by a group called extra grim which used to sing in chapel on sunday as well as parties within school.this group comprised of benon mugumbya, myco chris and richard blessings. later phila teamed up with zziwa paul aka chesta to create cool image. with cool image we did several performances in school and outside school. later benon joined us and as time went on i stayed with benin alone. after senior four, benon joined namasagali and phila joined najja high school, were phila became the music leader leading praise and worship since najja high was a secondary school. after najja he joined university in nkumba were he did information technology. while in nkumba he made a group with a friend (francis muhwezi) aka reggie and his brother zack(isaac kaweesa) called rpz. with rpz. we curtain raised several artists as papa san, cece winans and many big act at the time from africa hoever the group separated due to commitments.. went solo for months..then met kingsley at a talent gospel show were phila was a house hold name. since rpz was a house hold name there. kingsley so mi sing on stage and liked me..later so him and liked him too..he invited me to his studio were i went paid him and recorded a song in which i featured him. after that he suggested a full album which we did only that we did not label it and other songs that were more of singles.. hover our break thru was with the fire fall album...which album helped us get several nominations in uganda, and east africa. as well as winning an award in uganda the olive gospel award in the category of reggae. phila has a new solo album called faith walks. which was produced at kish records. 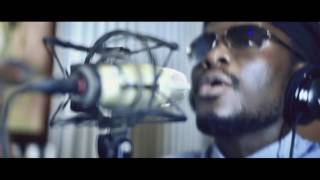 Calvary Chapel in conjunction with Phila Kaweesa presents God Salute where Hip Pop meets Reggae music. The event is to be held on 3rd September at Kaw...
Read More